As a clarion call for action and to recognise the victims of gender-based violence and femicide (GBVF) the UN launched 16 Days of activism against GBVFwhich will be observed from 25 November to 10 December 2022, under the theme “UNITE! Activism to end violence against women and girls.”

Our country faces a national crisis of gender-based violence and femicide (GBVF). According to Stats South Africa, a 2021 Crimes Against Women in South Africa report, South Africa is in the midst of a Gender Based Violence and Femicide epidemic with 1 in 5 women experiencing physical abuse by a partner.  Crime statistics drawn from April to June 2022 show that 855 women and 243 children were killed in South Africa and over 11 000 grievous bodily harm (GBH) cases involving female victims, were opened with the police. During the same period 9 516 rape cases were opened with SAPS.

These statistics are shameful, disgraceful and speaks to the scale of GBV in our society. This despite government’s launch of the National Strategic Plan on Gender-based violence and femicide a multi-sector framework with government and civil societies to rid communities of this heinous violence against women and children, including women with disabilities and LGBTQ, whether they live in urban or rural communities, and irrespective of race or social standing

CAPRISA staff comprises 80 percent women, and CAPRISA has remained steadfast in our commitment to advance the development of women. Central to CAPRISA’s research is the prevention of HIV in adolescent girls and young women. We strongly condemn any form of gender-based violence that violates the human rights of women. 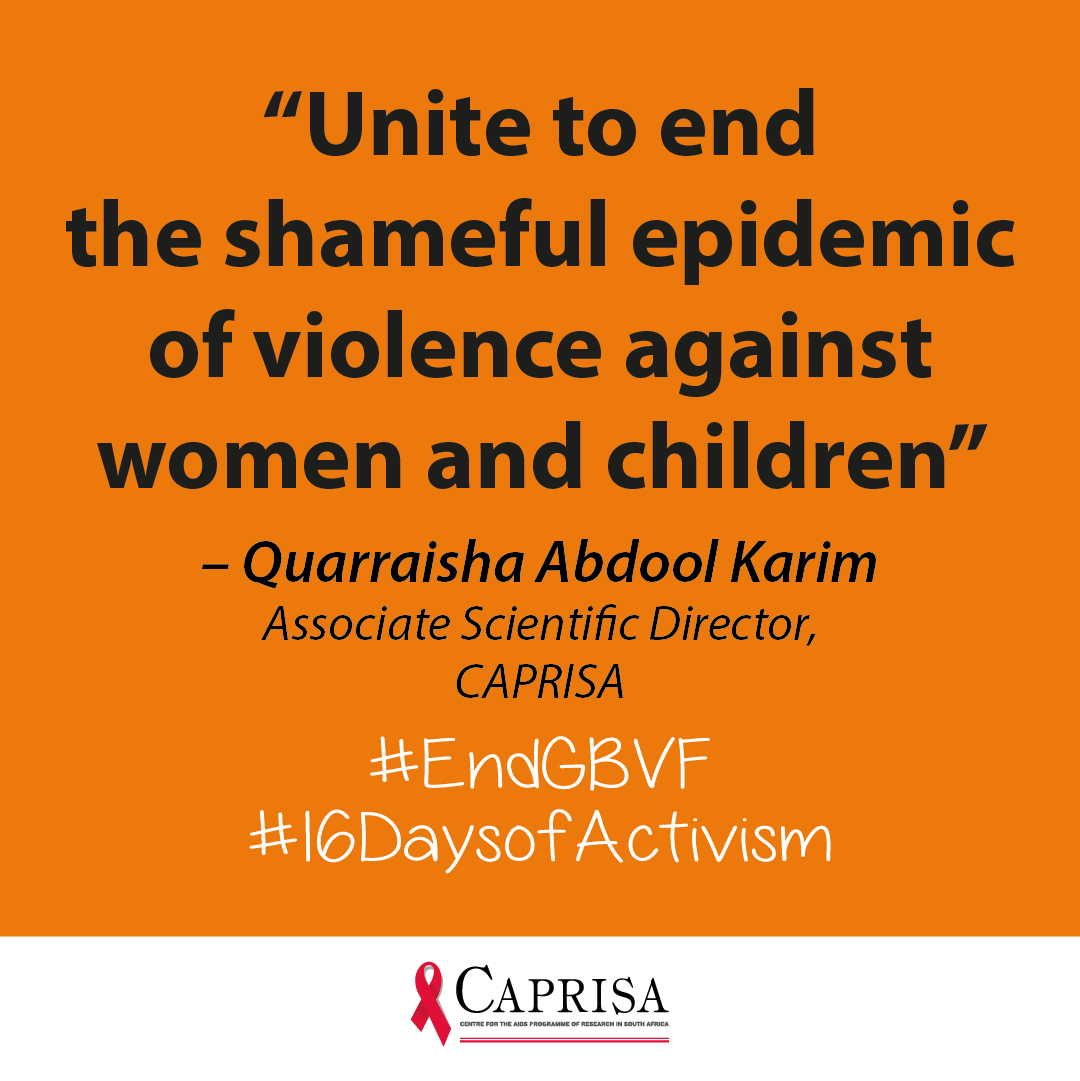