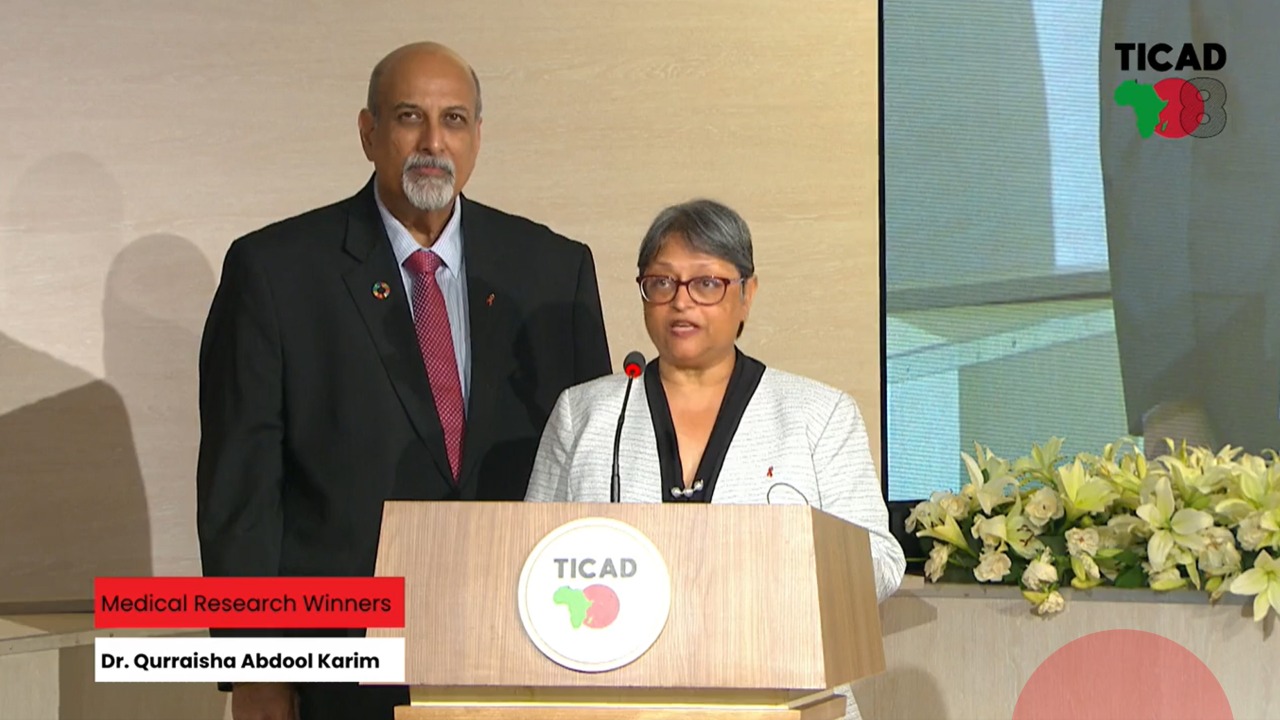 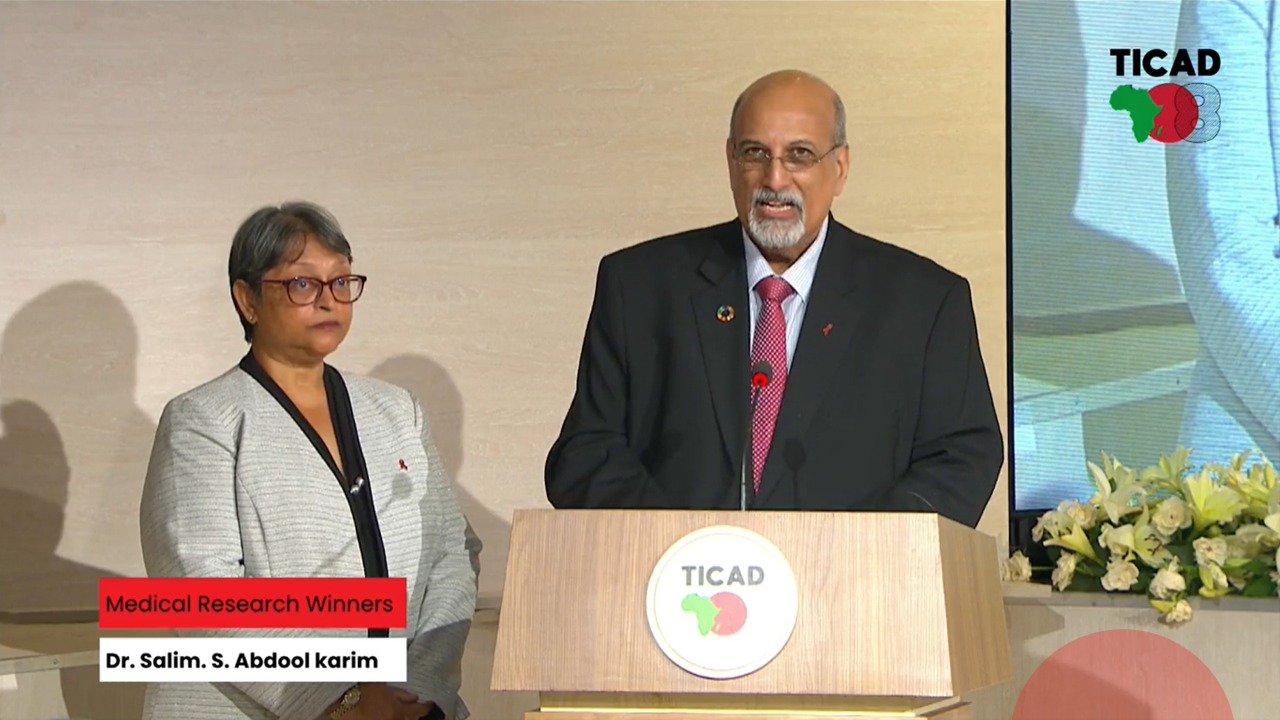 In their acceptance speech as the recipients of the prestigious Fourth Hideyo Noguchi Africa Prize in the Medical Research category,  Director and Associate Scientific Director of CAPRISA, Professors Salim and Quarraisha Abdool Karim said it was ‘with humility that they jointly accepted this distinguished and singular award’. “It is only when our research changes the lives of the most vulnerable for the better that we know that our research is having an impact. Science offers us one more opportunity to unleash the full potential of Africa for a better future for all.”

On 28th August the Government of Japan awarded the Fourth Hideyo Noguchi Africa Prize in the Medical Research category to the Abdool Karims at the high level Eighth Tokyo International Conference on African Development (TICAD 8) held jointly with African Heads of State and governments under the African Union and the Government of Japan, in Tunisia.  The Hideyo Noguchi Africa Prize (HNAP) Committee said the award recognised the Abdool Karims’ global contributions in HIV/AIDS prevention and treatment, capacity development of African scientists and unwavering scientific leadership in the Covid-19 response in Africa.

HE Prime Minister of Japan Fumio Kishida extended his ‘heartfelt congratulations to Dr Salim Abdool Karim and Dr Quarraisha Abdool Karim’. “I would like to commend the people who have devoted themselves to medical research and services in Africa,” he said. The Hideyo Noguchi Africa Prize is composed of a citation and a medal for each laureate and an honorarium of 100 million yens.

South Africa’s President HE President Cyril Ramaphosa, said in his congratulatory letter “I am truly proud of this latest recognition of the extraordinary contribution you are making individually and collectively to medical science and socio-economic development in our country, as well as to the expansion of human knowledge globally. I thank you for your commitment to science and public health in South Africa, and to greater socio-economic equity in the world.”

The prize, which is one of the most prestigious by Japan was established in honour of an outstanding Japanese medical scientist, Dr Hideyo Noguchi (1876-1928) and will be awarded every three years to coincide with TICAD hosted alternately in Africa and Japan. ‘The Prize aims to honor individuals or organizations with outstanding achievements in the fields of medical research and medical services to combat infectious and other diseases in Africa, thus contributing to the health and welfare of the African people and of all humankind’.

South Africa’s honourable Minister of International Relations and Cooperation, Dr Naledi Pando led the South Africa delegation at TICAD8.  “This wonderful achievement augers well for strengthening our relations with Japan and contributes to the health security and welfare of Africa and all of humankind,” she said.

The second category on Medical Services, was awarded to the Carter Centre in the US for its work on Guinea worm eradication. The award was accepted by Mr Adam Weiss, Director of the Guinea-worm eradication program at the Centre.

TICAD 8 is co-organized by the Government of Japan, the United Nations Development Programme, the United Nations Office of the Special Advisor on Africa, the World Bank and the African Union Commission. Discussions at TICAD 8 focused on three themes: achieving sustainable and inclusive growth with reduced economic inequalities; realizing a sustainable and resilient society based on human security; and building sustainable peace and stability through supporting Africa’s own efforts.