The Karims: There Are No Boundaries For Scientific Breakthroughs

This is one of the VinFuture’s 3 Special Prizes, aimed specifically at scientific communities in developing countries. This is also a signature aspect of the VinFuture Prize that has been envisioned from the very beginning. When speaking about developing countries, many people may imagine constraints on economic resources, foundations of knowledge, and research infrastructure, which can lead to gaps compared to developed countries with more established scientific traditions. However, the story of the talented and passionate couple of scientists from Africa proves that science has no boundaries and scientific breakthroughs can originate from anywhere in the world.

The Harder the Challenges, the Stronger the Motivation

In Africa, living habits and limited economic conditions are the two key challenges in finding a solution for the problem of HIV – AIDS. From the first case identified in Africa in 1959, the HIV – AIDS pandemic has persisted to this day and has led to global consequences after almost 7 decades. Every year, approximately 1.5 million people are newly infected with HIV. 36.3 million people have died from HIV. By the end of 2020, 37.7 million people were living with this disease. The African continent is home to 66.6% of people infected with HIV, and is also the place where the HIV/AIDS pandemic is causing the most damage. 75% of HIV-positive people between 15 and 24 living in Africa are women.

As pioneers in the battle against HIV/AIDS and with years of experience working to solve this problem, Professors Salim Abdool Karim and Quarraisha Abdool Karim have spent many years developing a Tenofovir gel and oral medicine that are low cost and easy to use for citizens. These inventions have established an HIV prevention strategy and laid the foundation for HIV pre-exposure prophylaxis (PrEP). 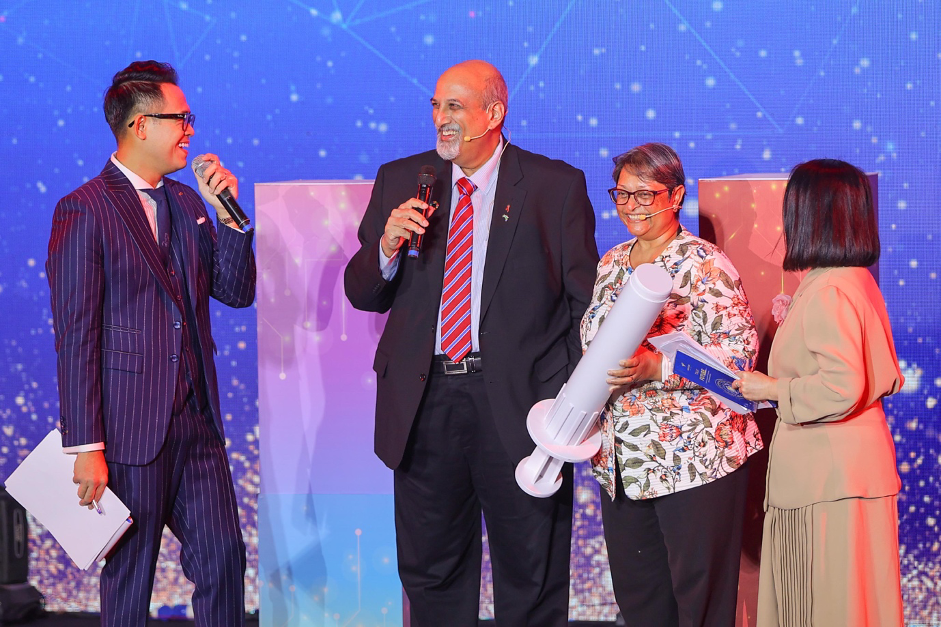 “Growing up in South Africa, we were children of immigrants who came from India. Our families were quite poor as they came in as immigrants working under indentured labour, and so we grew up in that kind of environment,” shared Professor Salim S. Abdool Karim.

With the support he received from family members and school teachers, as well as the motivation that he honed through difficult experiences, Professor Salim persevered through his childhood challenges in order to pursue academia and his passion for scientific research.

“Both at home and in school, our curiosity was always nurtured and encouraged, despite the fact that both our parents didn’t finish high school, and barely finished primary school. But not everyone had these opportunities. We’d seen how communities were disadvantaged on the basis of race, how their ability and potential to develop was curtailed by laws. And so we fought against those laws, ensuring that in our science, we were pursuing excellence in trying to address these inequalities and inequities,” shared Professor Quarraisha Abdool Karim regarding her and her husband’s mission.

Both Professors acknowledge the issues that exist in the place where they were born and raised. Once they stepped into the public health field, they knew immediately that they had found their true, lifelong passion.

The Decision to Return and the “Battle” Across Many Years

A full-ride scholarship from an American university was an opportunity for the two Professors to change their lives. After finishing his epidemiology degree, Professor Salim and Professor Quarraisha decided to return to South Africa, where they have been engaged for 20 years in the “battle” against HIV. From the 1980s until now, the two Professors have founded CAPRISA, an organisation backed by the National Institutes of Health (US), and made numerous breakthroughs in HIV prevention.

Starting a scientific career in Africa meant dealing with a lot of barriers in research. According to Professor Salim, one of their first problems was underdeveloped research equipment and infrastructure, and a lack of suppliers for essential scientific resources. In South Africa specifically and the African continent more generally, a lot of scientific equipment is not readily available. If the two professors managed to import the necessary equipment from abroad, they would swiftly run into the second problem of not having anyone who was able to repair and maintain the equipment if any issues arose. 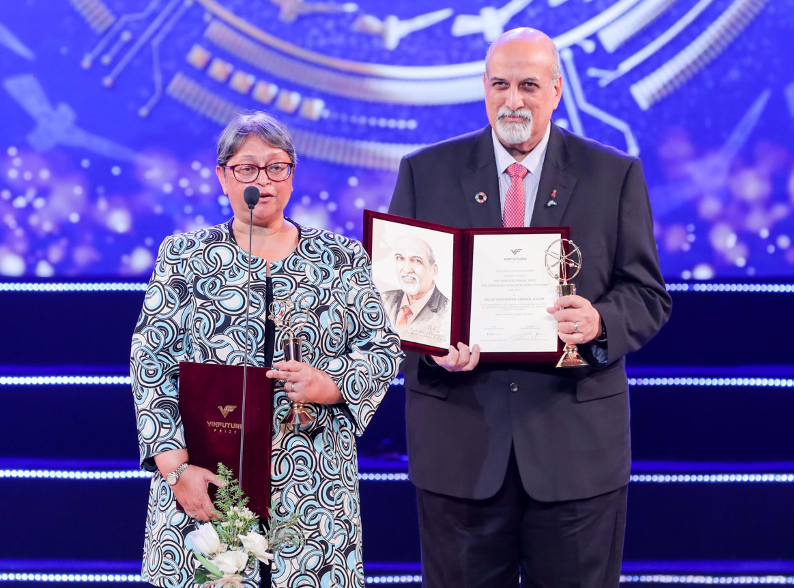 Solving these problems was fundamental to the two professors’ pursuit of their passion for science. Through collaborating with scientists from different continents and international organizations, Professor Salim and Professor Quarraisha were able to create a vast scientific network with over 100 scientists from numerous countries.

The professors’ last problem is one that many scientific organizations in the world face daily: working around their budget. In order to broadly distribute their inventions, such as Tenofovir gel, to South Africa and the world, the budget that the two professors required was larger than the budget of the entire South African Medical Research Council at the time. As such, in order to continue pursuing their passion, Professor Salim and Professor Quarraisha had to work day and night to produce the most creative and innovative ideas to compete with others to get the fund. “In our first year of operation, most of our funding came from the NIH and the European Union,” said Professor Salim.

The Strength of “Lilliputians”

Pursuing science in developing countries is not always a limitation, and always viewing “Lilliputians” as disadvantaged might be a hasty conclusion. From a more optimistic standpoint, developing countries have the potential number of modern challenges and pressing problems within every aspect of life. This can serve as an ideal environment to motivate scientists to create innovations with the most visible impacts.

Science is not just about developing the most cutting-edge solutions, but also about producing the most accessible, affordable, and scalable research in order to create positive changes in the lives of thousands, if not millions of people in the world, regardless of socioeconomic status.

Because of this, the Karims’ research has been acknowledged by UNAIDS and WHO as an important scientific breakthrough with significant humanitarian value. Having successfully passed clinical trials, Tenofovir gel is an effective and low-cost solution that is accessible to low-income citizens living in Africa, where most HIV cases currently are. Their research plays an important role in preventing the HIV/AIDS pandemic, especially with regards to young and teenage women in Africa.

The research by Professor Salim and Professor Quarraisha that has been honoured by the VinFuture Special Prize for Developing Country Innovators not only has real-life applications in the field of global public health, but also fully reflects the message of “Science for Humanity” that VinFuture Prize pursues.

The VinFuture Laureates of Special Prize for Innovators from Developing Countries