CAPRISA’s Professors Salim and Quarraisha Abdool Karim, Director and Associate Scientific Director were awarded the prestigious inaugural VinFuture Special Prize for Innovators from Developing Countries, in recognition of their ground-breaking research on HIV prevention by the VinFuture Foundation in Vietnam.

The inaugural global sci-tech VinFuture Prizes: the VinFuture Grand Prize of US $3million and three Special Prizes of US$500 000 each, were awarded on Thursday 20th January at the Hanoi Opera House in Hanoi, Vietnam. The Abdool Karims joined world-renowned scientists who gathered in Vietnam to take part in the VinFuture Sci-Tech Week’s activities that included the “Science for life” Symposium; the inaugural VinFuture Award Ceremony; and the Scientific Dialogue with the inaugural VinFuture Prize Laureates. Eminent guests included Mr Pham Minh Chinh, Prime Minister of Vietnam and the Founders of the VinFuture prizes Mr Phạm Nhật Vượng and his wife Mrs Phạm Thu Hương.

The Abdool Karims have ‘tirelessly championed the importance of science in defining the HIV and Covid-19 response,” said Ms Bongiwe Ntuli, Chair of the CAPRISA Board, “South Africa is blessed to have such world-class scientists whose research is making the world a better place.”

Almost 600 nominations across 60 countries were received for the Prizes. Of these nominations, nearly 100 came from the world’s top 2% most-cited scientists, many of whom are themselves laureates of distinguished awards, such as the Nobel Prize, Japan Prize and Tang Prize. Professor Sir Richard Friend, VinFuture Prize Council Chair, said “The VinFuture Prize recognizes truly outstanding scientific work that has made and will make, a positive impact on the lives of millions, or even billions, of people around the world. The VinFuture Prize celebrates the power of science and technology to solve global problems.”

“The 2022 VinFuture prize for scientists in developing countries is a beacon of hope and recognition for the many scientists in the developing world who toil away each day in their laboratories, clinics, and libraries - that scientific excellence is achievable in the midst of adversity,” said the Abdool Karims. “While we serve as its recipients, this prize is recognition for the dedication and commitment to excellence by a team of over 200 researchers in South Africa, with collaborators from 4 continents across the globe, and thousands of volunteers who have participated in our studies over the last 33 years.”

The Abdool Karims described the Vinfuture Award ceremony “like a Broadway theatre production with the full Hanoi orchestra, a contribution by Vietnam’s top pianist and a special guest appearance by John Legend.” 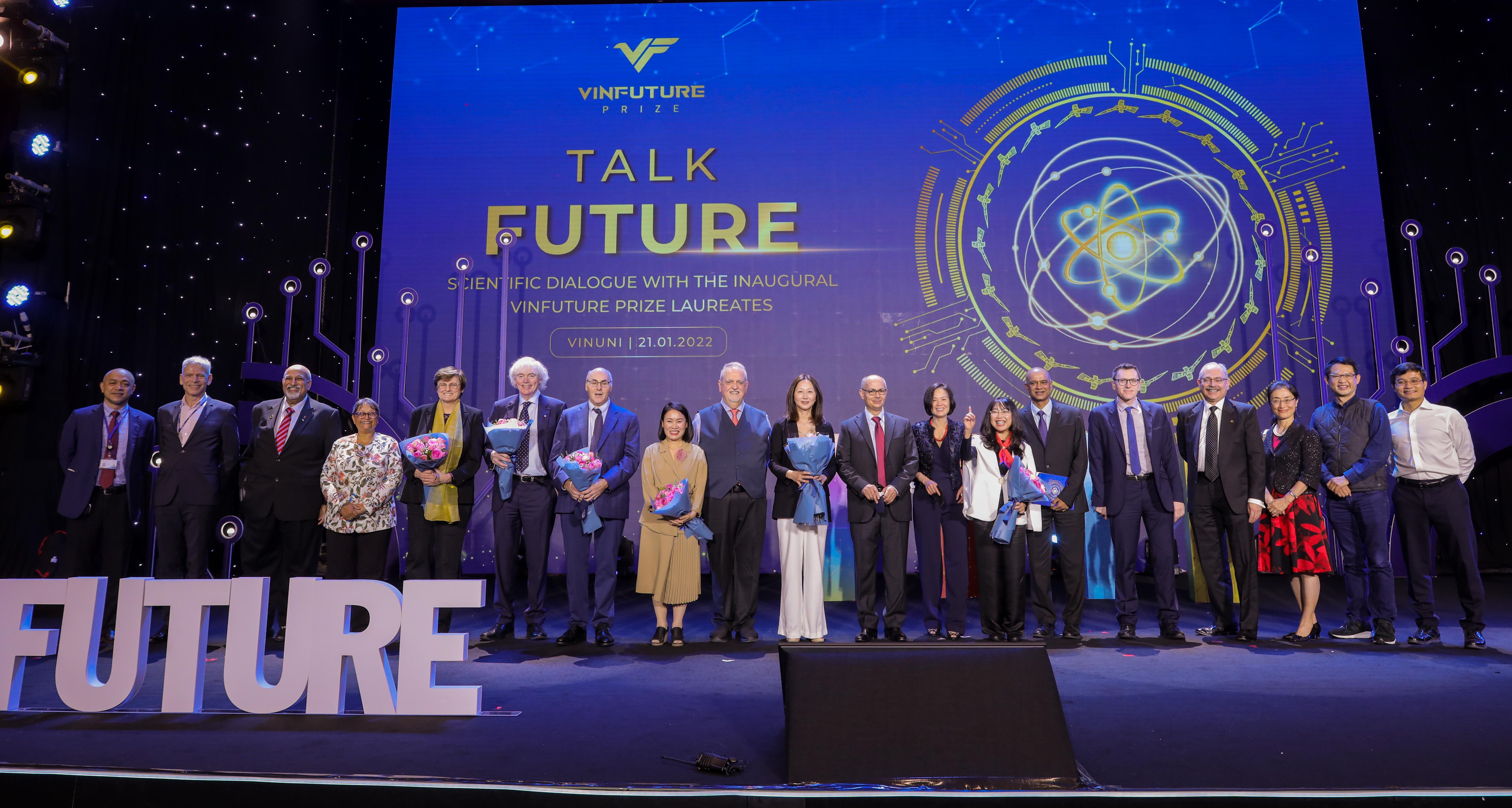 Photo: A scientific dialogue was held with the VinFuture Laureates

Photo: The VinFuture Prize ceremony was held in the Grand Opera House in Hanoi, Vietnam.