In a recent collaborative CAPRISA-led study, researchers concluded that metronidazole for the treatment of BV induced short-term shifts in the vaginal microbiota and mucosal cytokines, while treatment failures promoted persistent elevation of pro-inflammatory cytokine concentrations in the genital tract.

In a linear mixed model, the median concentrations of pro-inflammatory cytokines and chemokines were significantly reduced in women who cleared BV compared to pre-treatment. BV persistence and recurrence were strongly associated with mucosal cytokine profiles that may increase the risk of HIV acquisition. Concentrations of these cytokines were differentially regulated by changes in the relative abundance of BVAB1 and G. vaginalis. 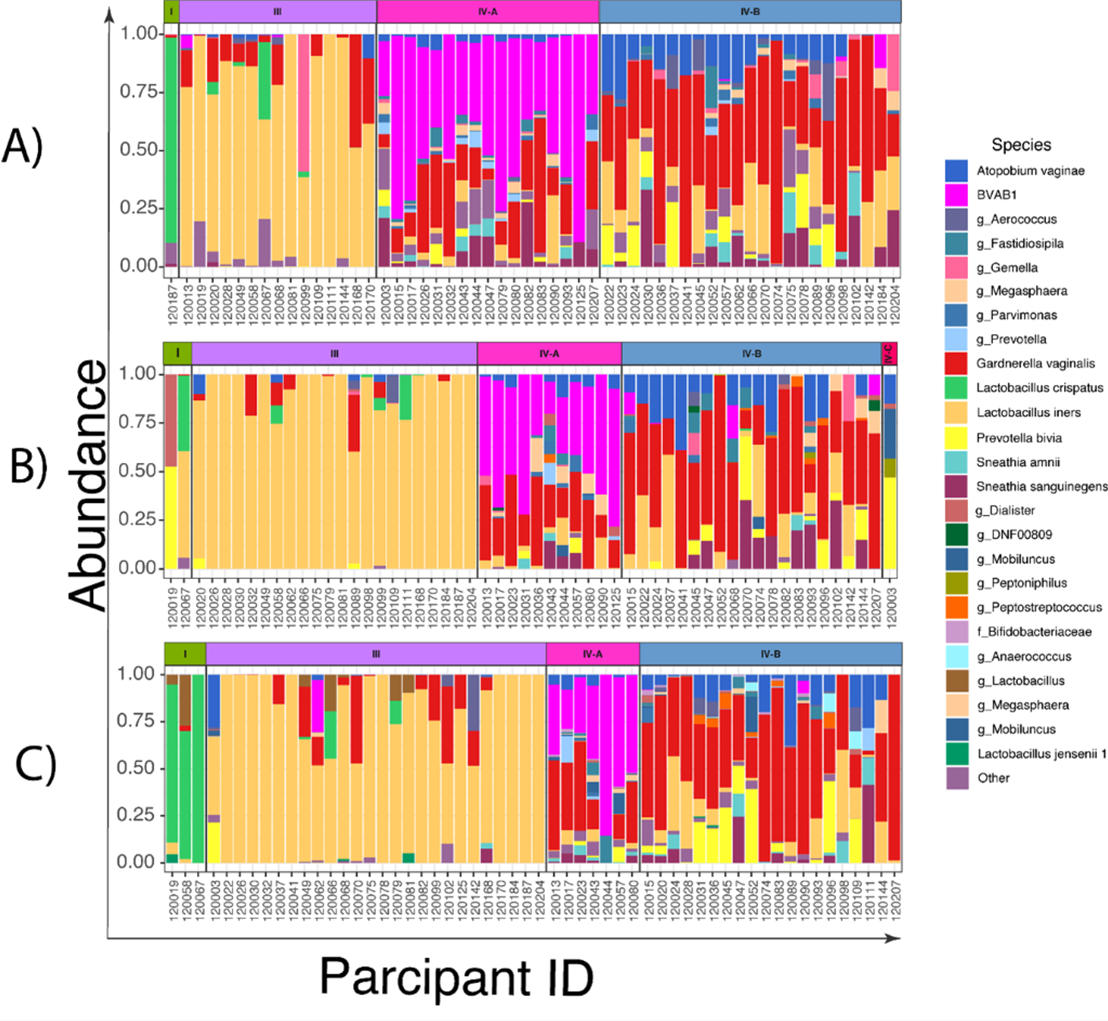 Figure: Relative abundance of the twenty most common taxa in cervicovaginal bacterial communities in women (n=56) before and aftertreatment with metronidazole with and without sexually transmitted infection (STI) treatment (A) at baseline; (B) at 6 weeks post-treatment, and (C) at 12 weeks post-treatment