Scientist speaks at the Falling Walls Conference in Berlin

The war against AIDS is fought on many fronts. Whether it is raising awareness about safe sex, developing preventive measures or working with patients in hospitals, on a vaccine or a cure: tackling the largest HIV epidemic in the world (with an estimated 6.2 million people affected in South Africa) demands dedication, ingenuity and endurance. Thankfully, the South African epidemiologist Quarraisha Abdool Karim possesses an abundance of these traits, which have helped her make huge advances in both highlighting the vulnerability of adolescent girls and young women, and developing novel strategies to prevent HIV infection and reduce AIDS-related deaths. Her institution, CAPRISA, a UNAIDS Collaborating Centre for HIV Research and Policy in Durban, is involved in a wide range of activities – from developing vaccines to behavioural studies on HIV transmission – all with the goal of getting a grip on South Africa’s AIDS epidemic through preventing infection in young women. The research of Quarraisha and her team has produced the world’s first women-initiated HIV prevention technology and was ranked among the Top 10 Scientific Breakthroughs of 2010 in Science magazine. Quarraisha has been awarded South Africa’s highest honour, the Order of Mapungubwe, the World Academy of Sciences TWAS-Lenovo Science Prize, and the prestigious L'Oréal-UNESCO For Women in Science Award. At Falling Walls, she shows the central importance of HIV prevention in young women in altering the current global epidemic trajectories and the momentous contribution that innovative science and medical technology can make to disease prevention and global health. 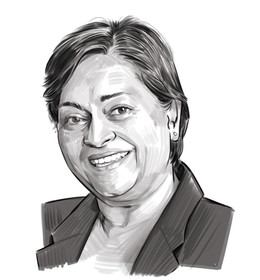