Professor Abdool Karim accepted the award with Drs Jinal Bhiman, Nonhlanhla Mkhize and Zanele Ditse, from the National Institute for Communicable Diseases and used the opportunity to profile the next generation of science leadership within the CAPRISA consortium, in whose capable hands the baton will be passed to. 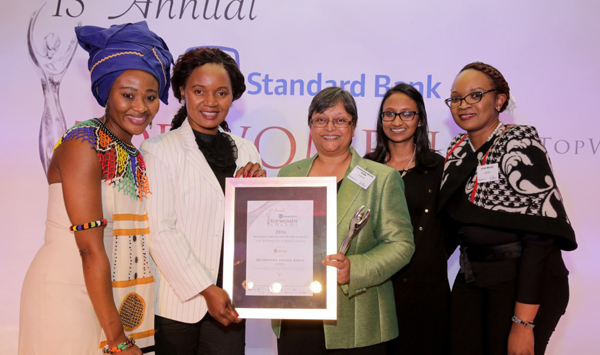