A Tribute to Dr Ward Cates 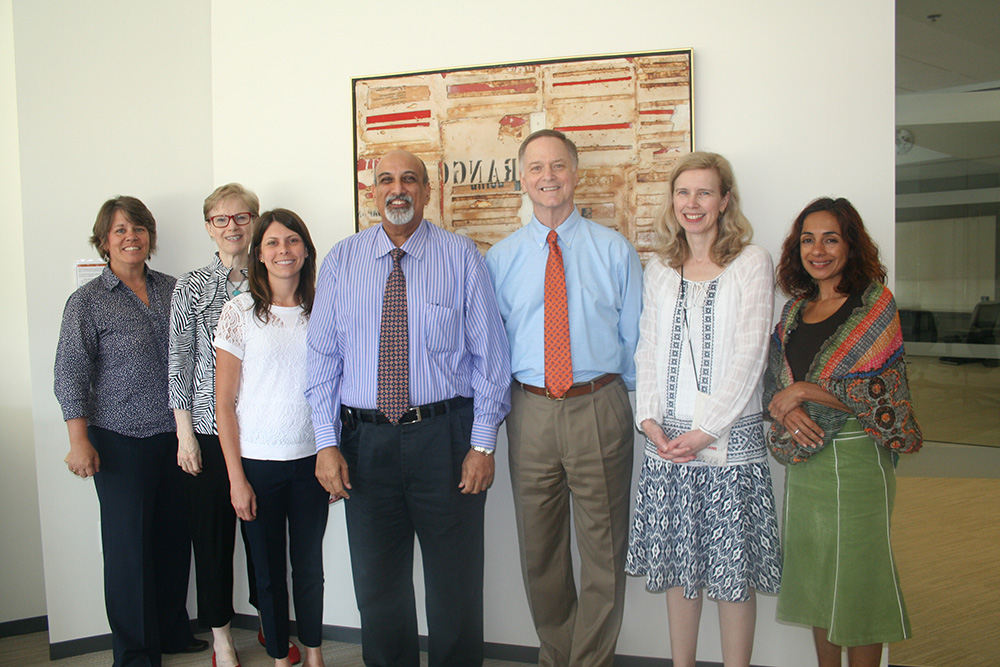 During his visit to the  FHI in 2015, Salim Abdool Karim with Ward Cates & the FHI Team.

It is with deep sadness that I advise you of the passing of Dr Ward Cates a highly-revered scientist and friend of CAPRISA. We have lost a very dear friend and the world has lost both an outstanding scientist and a great humanist. Quarraisha and I have known Ward for more than 25 years – please join us in mourning his passing while reflecting warmly on our many wonderful interactions with him – including the 2011 CAPRISA Scientific Advisory Board meeting where Ward received the CAPRISA Award.

Willard (“Ward”) Cates, Jr., MD, MPH, was President Emeritus and Distinguished Scientist at FHI 360. Before joining FHI 20 years ago, Ward was at CDC for two decades, where he was in the Family Planning Evaluation Division for half that time and directed the STD/HIV Prevention efforts for the other half. At FHI 360, he oversaw its HIV prevention research and was head of the NIH HIV Prevention Trials Network (HPTN) for 11 years. He also served on the Microbicides Trial Network Executive Committee (MTN) since its inception, with me during the first term.

Ward received his undergraduate degree in history from Yale University, a master’s degree in history from King’s College, Cambridge University, a combined MD-MPH degree from Yale School of Medicine, and trained clinically in Internal Medicine at the University of Virginia Hospital. He is board certified in preventive medicine. He was a Member of the National Academy of Medicine, the American College of Preventive Medicine, and past President of the Society for Epidemiologic Research. Ward authored or co-authored over 450 scientific publications. He was an author on 10 editions of Contraceptive Technology and a co-editor of Sexually Transmitted Diseases.

The first time I met Ward was at a meeting in New Orleans chaired by King Holmes when we were both serving on the committee conducting the first review of the NIH's Office of AIDS Research, which was led by Bill Paul at the time. I was still a young researcher feeling out-of-place and overwhelmed by all the prominent AIDS researchers in the room - but Ward came across and put his reassuring arm around my shoulders and put me at ease. Such was his grace, empathy and generosity. It was the start of our great friendship. And it led to many other great friendships with Joan Cates, his wife, and the team at FHI, especially Kathy Hinson, Paul Feldblum, Amanda Troxler and Linda McNeil who have all been to South Africa for extended periods to help us with our research.

Ward always had time for others – when I asked if it would be okay to visit him when he was ill, he took the day to spend time with me, including showing me the baseball grounds from the FHI offices, arranging for me to meet with the FHI team (see photo) and talking about upcoming challenges in HIV research. Ward once told me that attending the CAPRISA 004 unblinding meeting was one of the great highlights of his career.  While Ward is no more, we will continue to treasure our fondest memories of him. Our thoughts are with Joan and his family.