Salim Abdool Karim appointed to Population Council Board of Trustees

The Population Council announced the appointment of CAPRISA’s Director and leading AIDS researcher Professor Salim Abdool Karim, to the Council Board of Trustees. Abdool Karim joins 15 other Board members at the Population Council, drawing from six different countries and diverse areas of expertise, including demography, economics, education, HIV and AIDS, international law, obstetrics and gynaecology, public health and reproductive health.  The Population Council’s research in biomedical, social science and public health in 50 countries, aims to develop solutions that will contribute to more effective policies, programs, and technologies that improve lives around the world. The Council, a non-profit, nongovernmental organisation, which addresses critical health issues is based in New York. 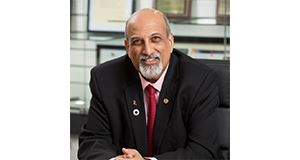