Lifetime Achievement Awards from the Institute for Human Virology

Professors Salim and Quarraisha Abdool Karim, CAPRISA’s Director and Associate Scientific Director who are both Professors in Epidemiology at Columbia University and are honorary academics at the UKZN, received Lifetime Achievement Awards from the Institute for Human Virology (IHV) on 25th October, in Baltimore, USA.

The awards recognise their significant contributions to the global AIDS response over the past three decades. The awards were presented by Dr Robert Gallo, Director of IHV of the University of Maryland School of Medicine at the IHV’s 19th International meeting attended by leading scientists, researchers and government representatives across the globe.

“To me, both renowned individuals have made some of the greatest contributions in the history of HIV/AIDS in public health and epidemiology relevant to prevention and care of infected people,” said Dr Robert Gallo Director of the IHV.

“The University of KwaZulu- Natal is proud to congratulate its honorary academics, Professors Salim and Quarraisha Abdool Karim”, said UKZN Vice-Chancellor Dr Albert van Jaarsveld. “UKZN is honoured to be associated with these eminent researchers who have contributed immensely to the world’s understanding of the pathogenesis, epidemiology, and prevention of HIV,” he said. 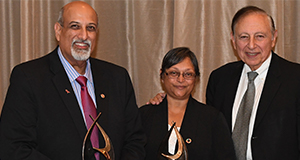 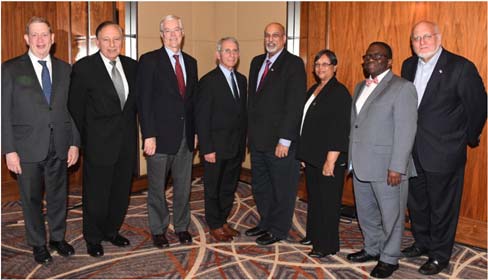