CAPRISA Research placement final year medical student, Kumeren Govender, has been awarded the prestigious Rhodes scholarship for 2018 to pursue studies at Oxford University in the United Kingdom.  Govender plans to continue his studies at Oxford University with a PhD in an interdisciplinary field of artificial intelligence, big data and complex systems such as healthcare systems or genomics. An ecstatic Govender explained that the aim is, “to use big data with machine learning to solve complex healthcare threats including patterns of TB resistance as well as the emergence of antibiotic resistance,” which, he said is “predicted to be the number one cause of death by 2050.” Govender who completed matric with 12 distinctions, attributed his interest in pursuing clinical science to his experience at CAPRISA as a research placement. During his undergraduate years he has published three peer reviewed articles and presented at conferences. Govender is concurrently studying for a master’s degree in a special dual-track programme at UKZN. He was also nominated as one of the top 200 young South Africans  by Mail & Guardian in 2017. 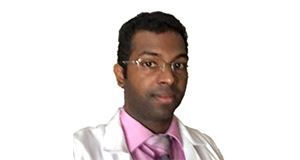