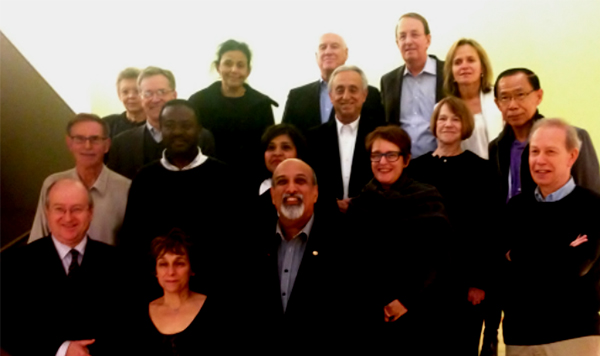 The first 2016 meeting of the UNAIDS Scientific Expert Panel was held during CROI on 23rd  February at the Ragon Institute. Ragon’s Professor Bruce Walker took members on a tour of the Institute before the meeting commenced. Dr Peter Godfrey-Faussett, Senior Science Advisor UNAIDS, and 16 members attended the meeting. A special note of thanks to Nancy Millstrom and Julianna Cogswell at Ragon who coordinated the logistics of the meeting at the venue.