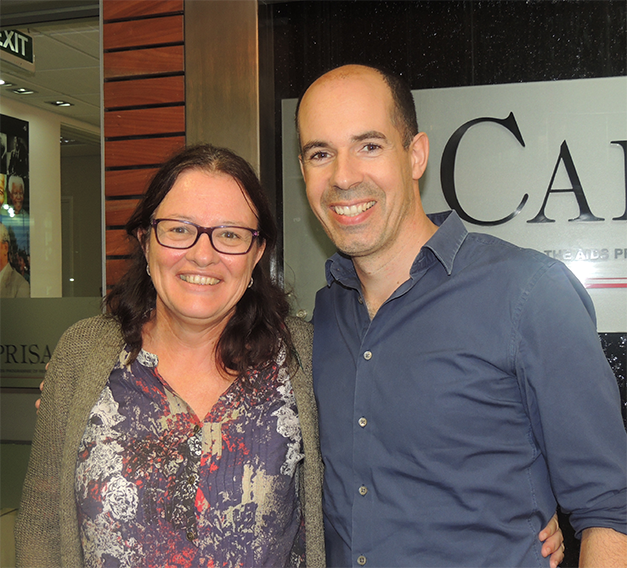 CAPRISA's NIH/MRC-funded "cure" study got rolling last week with the recruitment of the first three participants said Dr Nigel Garrett head of Vaccine and Pathogenesis at CAPRISA. The UCT-CAPRISA Pathogenesis team led by Professor Carolyn Williamson (UCT) are working with Professor Ron Swanstrom from  the University of North Carolina  to characterize the latent reservoir in African women on treatment, to determine when the latent reservoir is established, and to assess host factors that impact the reservoir in this setting.

Life-long treatment is needed to maintain control of HIV infection, and the global sustainability of providing antiretroviral therapy (ART) to the tens of millions of people in need of treatment is a major concern. The only alternative to this scenario is to develop a strategy that can eradicate HIV from the body. An HIV cure has recently been shown to be possible, and requires the elimination of the latent reservoir.

Extending latent reservoir observations to cohorts in less-developed countries where host factors, subtype and gender may differ compared to those in developed countries, will inform the development of a more generalizable approach to any potential cure intervention.

This study will investigate 20 subtype C-infected South African women who were recruited in acute infection, initiated therapy after three years of infection, and who thereafter successfully suppressed HIV replication for at least four years.