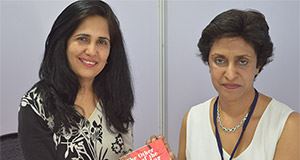 CAPRISA colleagues were invited to participate in the HIVe Mysuru 2015 conference held in India in December 2015, which was attended by almost 200 medical doctors and scientists.

A memorandum of understanding to further knowledge and research exchange in HIV and TB as well as experiential learning between scientists at CAPRISA and the Ashakirana Charitable Trust hospital in India will be formalised.