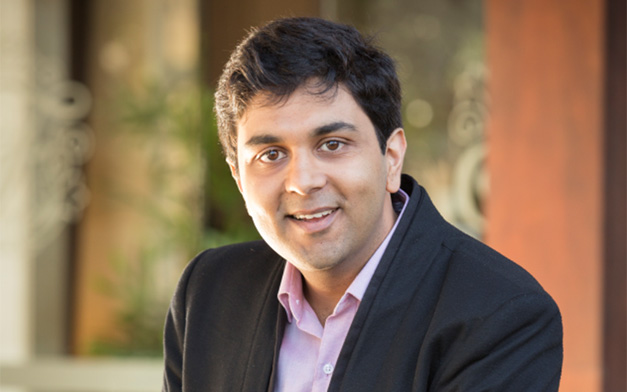 CAPRISA’s research associate, Dr Vivek Naranbhai, was one of 672 young scientists from 88 countries who joined 70 Nobel laureates in the 65th Lindau Nobel Laureate Meeting held in the Southern German town of Lindau at Lake Constance from 28th to 3rd July.

The distiguished Rhodes scholar who is completing his second PhD at Oxford University in the United Kingdom successfully passed a ‘multi-step international selection process’ to participate in the six-day interdisciplinary meeting of workshops and presentations aimed at promoting exchange, inspiration and networking.

"To be a participant at this meeting is recognition of excellence and potential future leadership in science and Vivek’s selection as a participant is affirmation of the high calibre of emerging scientists in South Africa and Africa" says Professor Quarraisha Abdool Karim who nominated Vivek to participate in this meeting.

The young participants, who include PhD candidates and post-doctoral students aged up to 35, have their research focus in the fields of medicine, physics, or chemistry. "The scientific landscape of the future will be significantly more interdisciplinarily organised than today because this is the only way we can succeed in dealing with the pending big challenges of mankind. With our interdisciplinary meetings we want to make a contribution to educating the next generation of leading researchers working at the interface of the classical scientific disciplines", said Wolfgang Lubitz, Director of the Max Planck Institute for Chemical Energy Conversion and Vice-President of the Council for the Lindau Nobel Laureate Meetings.

Dr Naranbhai said that, "this is, without doubt, a life-altering experience". He expressed his "heartfelt appreciation" to Professor Quarraisha Abdool Karim, "for the opportunities you’ve afforded me throughout my training and particularly in nominating me to attend the Lindau Nobel meeting in 2015."

Dr Naranbhai’s work spans immunology, genetic epidemiology and bioinformatics in a range of infectious diseases including HIV, tuberculosis and herpes-virus infections and inflammatory diseases such as rheumatoid arthritis. He co-leads the International Tuberculosis Host Genetics Consortium, a global effort to understand how the genetic background of humans affects our risk of Tuberculosis. The clinician-scientist is a Rhodes Scholar at the Wellcome Trust Centre for Human Genetics, University of Oxford where he is pursuing a second PhD/DPhil in genetics of infectious disease.  In 2009 he was named as one of the 100 brightest young minds in South Africa and in 2011 was elected as a young scientist representative for South Africa to the World Economic Forum ‘Summer Davos’. In 2013 Dr Naranbhai was recognised as one of the top 200 Young South Africans shaping the country’s future by the Mail and Guardian.