"Research can play a central role in the development and integration of Africa." – Professor Salim Abdool Karim 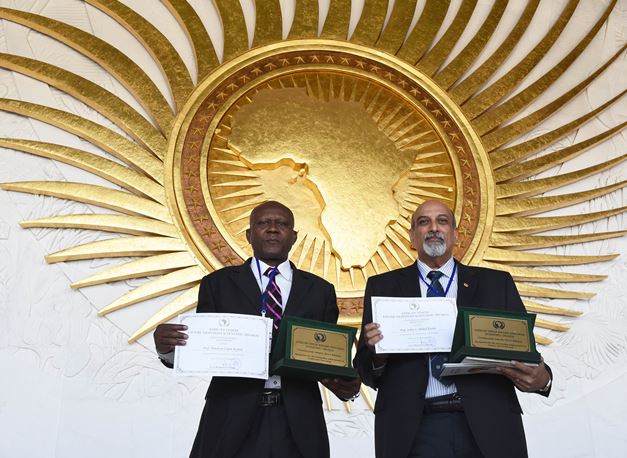 SOUTH AFRICA, Durban – World-renowned South African AIDS researcher, Professor Salim S. Abdool Karim was awarded the most prestigious prize for science in Africa, the $100,000 (R1.1million) Kwame Nkrumah Scientific Award presented by the Chairperson of the African Union Commission Robert Mugabe, at the African Union General Assembly in Addis Ababa on 31 January. President Jacob Zuma rose from his seat to congratulate Abdool Karim at the AU ceremony.ondsr The award was for Professor Abdool Karim’s research on HIV prevention and treatment in Africa. In conferring the award, the African Union Commission acknowledged Abdool Karim "for great scientific achievement and contribution through science for the socio-economic development of Africa".

Professor Abdool Karim, Director of CAPRISA (Centre for the AIDS Programme of Research in South Africa), at the University of KwaZulu-Natal, said that "this award recognises the importance of science and the contributions of scientific innovation in the path to a healthier Africa. Research can play a central role in the development and integration of Africa."  He said that he was "humbled" by this honour. "Science has a key role to play in Africa’s future growth and prospects. Hence, this African Union award has special significance for me as it highlights science for its contribution to Africa’s future."

One of Africa’s foremost scientists, Professor Abdool Karim is highly respected for his global leadership and seminal contributions in microbicides for HIV prevention in women, HIV vaccines, and HIV-TB treatment that have a profound impact on global health. He has spent over 30 years of his scientific career addressing the HIV and TB epidemics in South Africa and on the African continent.  His research has impacted international policies for HIV prevention and treatment. In one estimate, implementation of his HIV-TB treatment research findings can prevent up to 10,000 deaths each year in South Africa alone. Through his remarkable career he has demonstrated the momentous contribution that innovative multidisciplinary science and medical technology can make to disease treatment, prevention and global health.

In addition to directing CAPRISA, Professor Abdool Karim is Pro Vice-Chancellor (Research) at the University of KwaZulu-Natal and Professor of Epidemiology at Columbia University in New York.  He is the Chair of the UNAIDS Scientific Expert Panel and is scientific advisor to the Executive Director of the Joint United Nations Programme on HIV/AIDS (UNAIDS). Until last year, he was the President of the South African Medical Research Council and has just taken up an appointment, a first for an African scientist, on the Editorial Board of the prestigious New England Journal of Medicine.

Professor Hoosen Coovadia, emeritus professor of Paediatrics and Child Health at the University of KwaZulu-Natal and a leading global HIV scientist paid tribute to Professor Abdool Karim’s contributions, "In addition to being an international figure, which is evident from his numerous high-level positions in United Nations Agencies and leading global research institutions, Professor Abdool Karim has distinguished track record for fighting for the rights of the dispossessed and impoverished in South Africa. The apical position of his engagement with science and policy reveals his considerable scientific stature globally and within the continent of Africa." 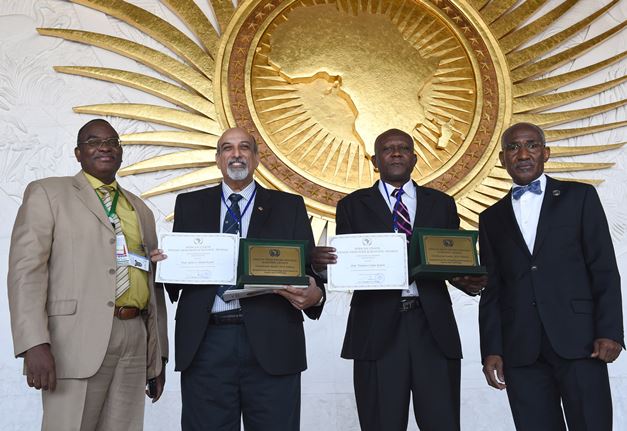 Professor Abdool Karim is an advisor to several governments and the world’s leading agencies in AIDS and global health such as the WHO, UNAIDS, UNDP, PEPfAR and the Global Fund to fight AIDS, TB and Malaria. He serves on the Scientific Advisory Board for Global Health of the Bill & Melinda Gates Foundation, the WHO Expert Panel on STDs and HIV and the WHO Steering Committee on HIV Treatment Guidelines.