Data from the CAPRISA 004 trial provides further insights into a potential correlate of protection against HIV infection.

The CAPRISA 004 trial showed that coitally dosed tenofovir 1% gel reduced HIV acquisition by 39% overall and 54% when used consistently. The objective of this analysis was to ascertain its pharmacokinetic–pharmacodynamic relationship to protect against HIV acquisition.

Genital and systemic tenofovir concentrations in 34 women who acquired HIV (cases) were compared with 302 randomly selected women who remained HIV uninfected (controls) during the CAPRISA 004 trial. In total, 336 CVF, 55 plasma, and 23 paired cervical and vaginal tissue samples were assayed by validated methods for tenofovir and tenofovir diphosphate (tenofovir-DP) detection. 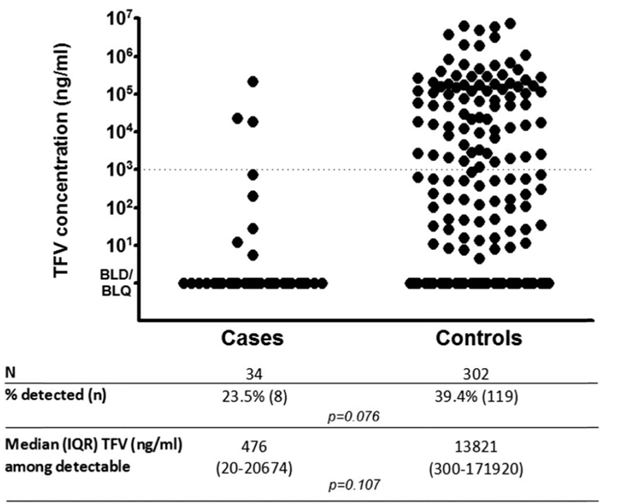 Based on this analysis, the attainment of this concentration during sexual exposure consistently may be necessary to achieve high levels of protection against HIV.