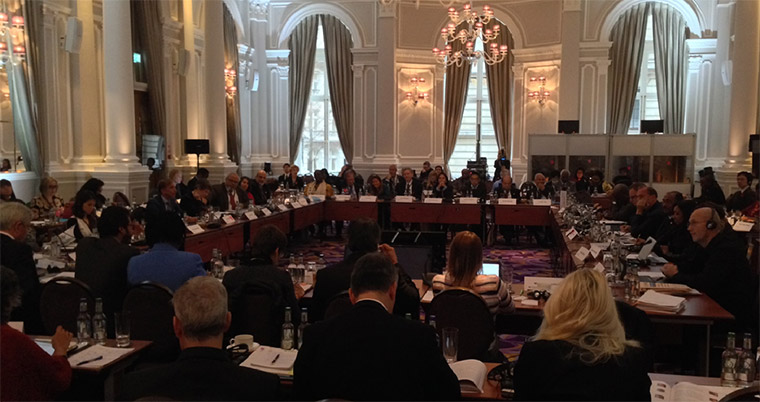 After extensive international and regional consultation through meetings and social media, the UNAIDS–Lancet Commission report on Defeating AIDS—Advancing Global Health was launched in London on  25 June and simultaneously published online in The Lancet.  CAPRISA’s Director and Chair of the UNAIDS Scientific Expert Panel, Professor Salim Abdool Karim, attended the launch and was part of the team that wrote the report.

The UNAIDS–Lancet Commission, which includes a diverse group of experts in HIV, health, and development, young people, people living with HIV and affected communities, activists, and political leaders, was established in May 2013 to investigate how the AIDS response could evolve in a new era of sustainable development.

The UNAIDS–Lancet Commission  report highlights that after more than a decade of major achievements, the AIDS response is at a crucial juncture, both in terms of its immediate trajectory and its sustainability, as well as its place in the new global health and development agendas.   The report outlines the path to ending AIDS as a public health threat by 2030.

Key recommendations from the report were:

Get serious about HIV prevention and continue the expansion of access to treatment.

Reinforce and renew the leadership and engagement of people living with HIV.

Invest in research and innovation in all facets of the AIDS response.