US National Academy of Medicine induction 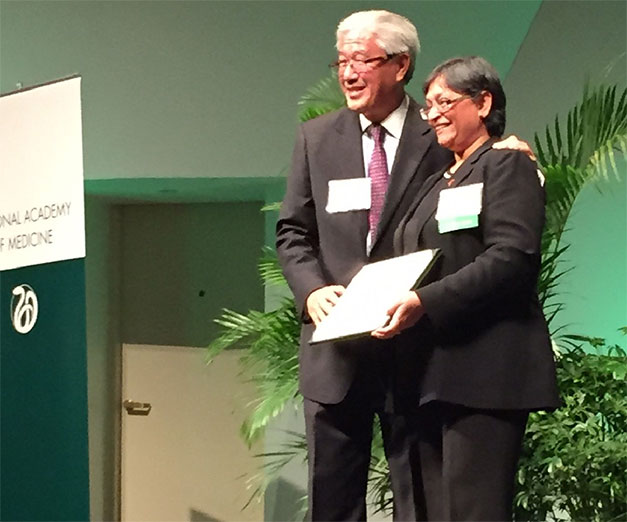 Professor Quarraisha Abdool Karim was inducted as a new International Associate Member of the National Academy of Medicine at the Academy’s annual meeting held in October in Washington. President Dr Victor J. Dzau (in the photo) said that membership was “on the basis of professional achievement and of demonstrated interest, concern and involvement with problems and critical issues that affect the health of the public”.  Professor Abdool Karim is a leading African scientist in HIV prevention for women and led the studies which showed that antiretrovirals prevent sexually transmitted HIV and genital herpes in women.