In his quiet and gentle way, Dr Susser together with his wife Dr Zena Stein, leave a legacy that is still unfolding.  Influenced as young South African medical students in the late 1940s by Drs Sidney and Emily Kark in social medicine and the comprehensive primary care model, Mervyn, with Zena, started his career at the Alexandra Community Health Centre. Central to this model of care was the collection of reliable statistics on the community, including births and deaths and epidemiological analysis so as to inform preventive actions in the community as well as personal care and wider social development. With the demise of the community health centre initiative in the late 1950s, he left South Africa for the UK where he specialised as a Physician and practiced Social and Preventive Medicine. From there he went to the USA and from 1966 through 1978, he was professor and head of Epidemiology, Columbia University Faculty of Health Sciences in New York. In 1978, he founded the Sergievsky Center and served as Sergievsky Professor of Epidemiology until his retirement in 1990.

Not forsaking South Africa, Mervyn and Zena have been continuously engaged in supporting, advising and assisting where possible. Through the 1980s, Mervyn, Zena and Jack Geiger led the Committee on Health in Southern Africa (CHISA) that played a vital role in connecting South Africans within the country to those in exile and studying abroad. As editor of the American Journal of Public Health till the mid-1990s, he drew attention to the early work he had pioneered with Zena, the Karks and many others that in the post apartheid era in South Africa and post the Affordable Care Act in the US has continued relevance.  In April 1990, Mervyn and Zena, through CHISA, were instrumental in organizing a conference in Maputo, Mozambique bringing together public health experts from inside South Africa, from the exile community and from the United States to focus on the imminent possible impact of HIV on South Africa.  In the early days of the first post-Apartheid government, they advised the Minister of Health, Dr Nkosasana Zuma, who had declared her intention to restore primary health care from its current desolate condition. Mervyn and Zena provided invaluable advice to Dr Derek Yach in setting up the SAMRC’s Centre for Epidemiological Research in Southern Africa (CERSA). He served on the advisory panel that reviewed the SAMRC in 1994, giving direct guidance to the research programme CERSA and emphasing the importance of a research programme to reduce the potential impact of HIV/AIDS.

Together with Zena, he worked closely with Prof Salim (Slim) Abdool Karim and submitted the first successful application to Fogarty in 1993 to build strategic, sustainable scientific capacity to enhance the response to the HIV/AIDS epidemic in South Africa, Lesotho, Namibia and Swaziland. This programme has contributed to the scientific capacity in the region and is now in its 20th year with Prof Quarraisha Abdool Karim of CAPRISA as PI. Up until 2009, Mervyn and Zena visited South Africa every year and spent time at CAPRISA interacting with past and current Fogarty and CAPRISA fellows. They usually visited Cape Town and kept contact with researchers in the SAMRC, with particular interest in the challenges of the national mortality statistics. In 1999, Mervyn and Zena served as joint directors of the newly-founded Africa Centre for Population and Reproductive Health Research that had been set up by the SAMRC in collaboration with the University of KwaZulu-Natal in the rural setting near Hlabisa. They nurtured the centre through a critical phase in its infancy.

Mervyn will be missed by friends, colleagues and family throughout the world. His hallmark of rigorous science, social justice and caring will ensure a lasting legacy. 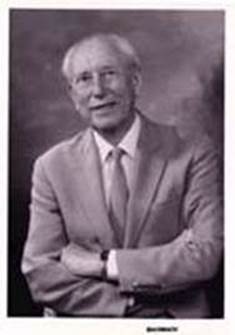 Friends and family who live close enough are invited to sit shiva with us:

This is an informal gathering.

Later, there will be a memorial service for which everyone is invited.

We have not yet had a chance to reply to all the kind notes we received.

But will do so over the coming week.

Also, there may be invitations from Ezra/Ida/Ruth with overlapping names.

Please forgive, it’s a bit chaotic at the moment.

as we may have forgotten some people.